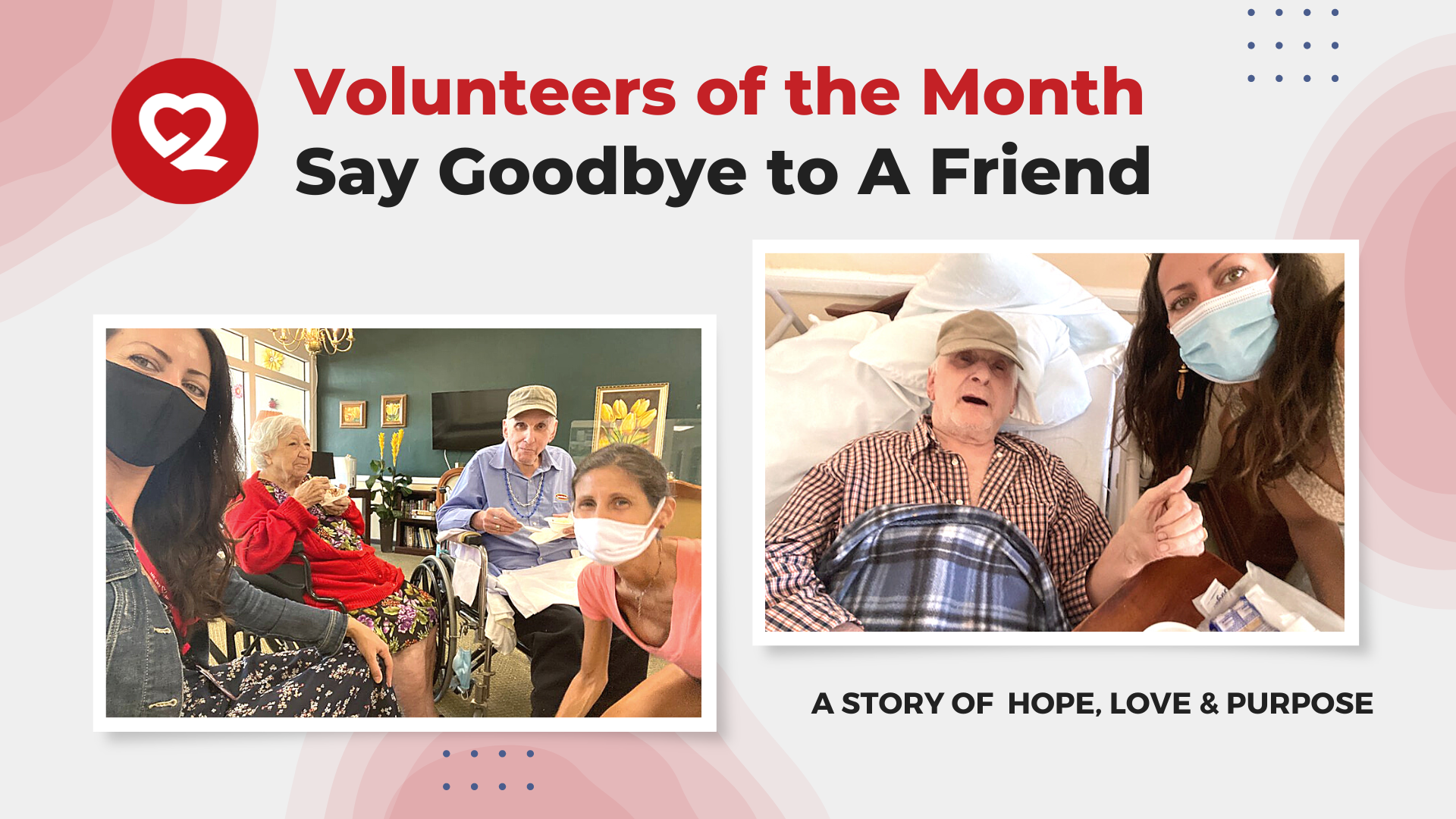 Volunteers of the Month say goodbye to a friend

Heart2Heart volunteers Lore Nosenzo and Yanina Rocco have faithfully visited the seniors at Manor Oaks in Fort Lauderdale for the last three years.

As we honor them as Volunteers of the Month for July, they can’t stop talking about a friend they recently lost. A friend named Dominic Cassara.

To most people, 87-year-old Dominic was a grumpy old man. Lore was the first of the two friends to look past Dominic’s complaints and fall in love with him, Yanina said.

Most importantly, the women, who hail from Argentina, took time to listen.

“He would always complain,” Yanina explained. “A lot of times, it was trying to get somebody’s attention.”
Dominic’s only two relatives lived out of state. So Yanina and Lore made sure his requests got to someone who could clean him up or find things like slippers or give him more care.

“A lot of times, we couldn’t change much,” Yanina said. “But just being there and listening to him, I think it helped.”

“He had full attention from somebody, even if it was for a little time. I think he felt loved in a way. Because we loved him,” she said. “A few minutes with him, and he was already smiling.”

The friends would push Dominic in his wheelchair to an area downstairs where he could watch the birds outside. They encouraged him to check in on another lonely resident they visited and keep each other company.

“He was obsessed with shaving. He had to be shaved, or he would be in a very bad mood,” Lore said. “He would wear a hat. I thought that was kind of cute. He liked to be handsome.”

During the pandemic, Yanina said she Facetimed with Dominic. With her phone, she showed him her garden and introduced him to her girls.

After Manor Oaks opened back up to visitors, it was still tricky to visit as much as they used to. Volunteers had to stay away when they, or a family member, got sick. When Lore came back from a visit in Argentina, she had to wait two weeks before visiting Dominic and the other residents.

Dominic really wanted his friends to take him out to a restaurant.

“He would joke around saying, ‘Nobody sees us! Now you can take me,’” Yanina remembered. “He was just very sad being there by himself.”

Dominic loved Frank Sinatra. On their visits, Yanina and Lore would play Frank Sinatra tunes on their phones so he could listen.

The women learned that Dominic grew up in Chicago. He moved to Fort Lauderdale maybe 10 or 15 years ago. He worked at a Publix. He never got married or had any kids, but he would talk about a brother and his brother’s kids, who lived in Tennessee.

At the beginning of the summer, Dominic got very sick with COVID. Yanina visited him in the hospital. She realized he was happier with different food and more nurses to take very good care of him.

However, Dominic never fully recovered. He returned to his care center, but soon moved to a hospice room.
“He was in a lot of pain and not in a good place,” Yanina said. “He was very nervous and very afraid of dying.”

Lore remembered once when he was really upset, she asked for a smile to help cheer him up. Despite the pain he was in, his small smile lit up the room.

“He just smiled and it was like, ‘Oh my gosh.’ It was nice to see that,” Lore said. “It was fun to go see him even though he was in bad shape sometimes.”

On her penultimate visit, Yanina brought her two girls, ages 10 and 13. Her kids had heard so much about Dominic that she wanted them to meet him in person.

“I knew it was going to mean so much for him,” she said. “I wanted them to get to know him.”

Yanina always talked about her faith to Dominic. He would say ‘yes’ when she asked to pray over him.
On her final Saturday visit, Dominic begged Yanina not to leave. She promised to return the following weekend.

“I always ask God to be with me,” Dominic told her. “I don’t know what to do anymore.”

“The passing was the end of the suffering,” Yanina said. “I know he’s rejoicing now. I can feel it.”

For Yanina, volunteering at a care center is personal. Her own father lives in a care center in Argentina.
“I cannot be there for my dad,” she said. “I know that God is taking care of my dad. I’m doing a little something for someone else that doesn’t have anyone here.”

Both women wish they could have done more to ease Dominic’s suffering and to bring more joy to his final days. By holding his hand through his pain, Lore hoped they communicated the cariño — the love, care and affection — they felt for him. 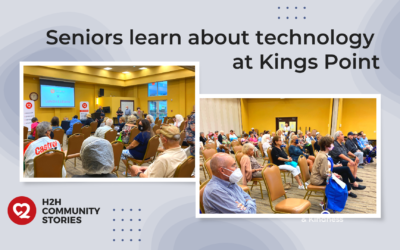 Seniors at Kings Point in Tamarac experienced virtual reality, learned about technology and discussed their legacies... 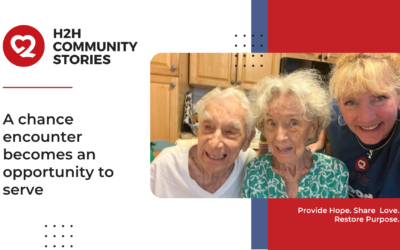 A chance encounter becomes an opportunity to serve

Heart2Heart volunteer Lori Schlueb was at a diner near her house when she first saw Mary Lou.  The older woman... 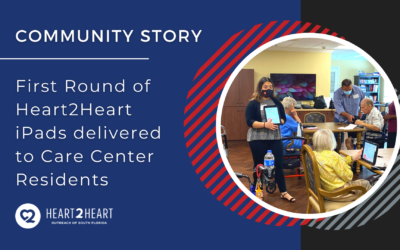 First round of Heart2Heart iPads delivered to care center residents

Seniors at Grand Villa of Deerfield learn how to use the iPads with the help of Heart2Heart Digital Outreach...