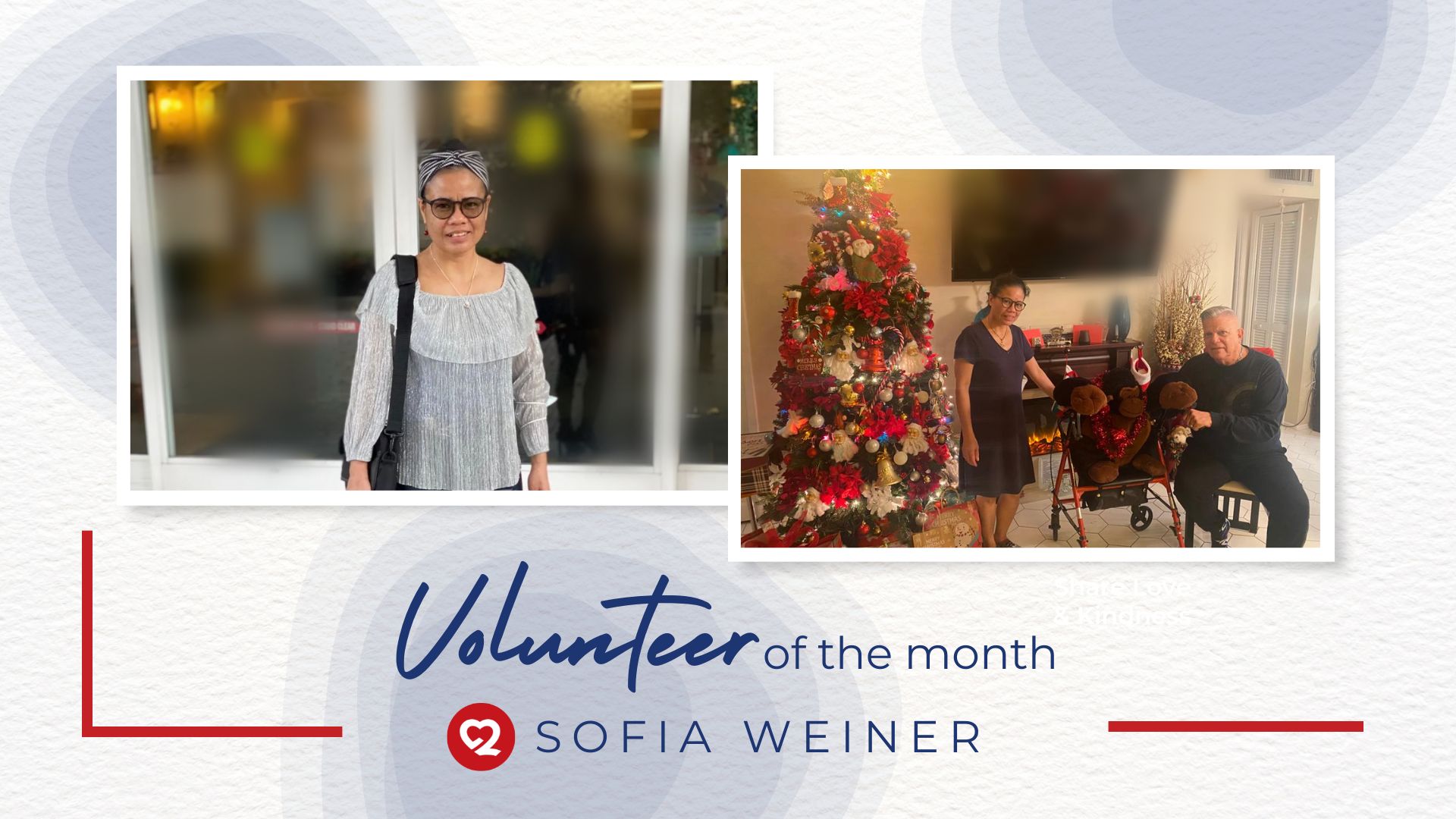 After 12-hour shifts at work, Sofia Weiner would spend an hour of her evening sewing names to personalize donated blankets for seniors.

She worked diligently until each senior in four different care centers had their own blanket, personalizing  more than 100 blankets. We named her Volunteer of the Month for January 2023 because of her steady dedication and care.

Sofia and her husband, Les, delivered the blankets just before Christmas to The W at Pompano Beach, Harbor Beach Nursing and Rehab Center, Pacifica Senior Living Sunrise and Lenox on the Lake in Lauderhill.

“They were happy,” Sofia said. “They were amazed.”

Heart2Heart collects cozy blankets made by volunteers and delivers them to care centers. Les, who volunteers at several care centers, noticed that when he gave out blankets, sometimes they didn’t make it back to the original recipients after they were washed. Despite the unique patterns, it was hard for staff to track which blanket belonged to which resident.

Sofia decided to fix that. With a permanent fabric pen, she wrote the names of each resident on three-inch squares of fabric and got to work sewing the names onto the blankets.

Les admitted that he’s been collecting blankets from both Heart2Heart and Calvary Chapel Fort Lauderdale but waiting to give them out until Sofia could personalize each one.

“It’s a nice thing for her to be honored,” Les said. “She put a long sweat in it to make sure they were done correctly.”

For Sofia, who is from the Philippines, sewing is another form of ministry. She met her husband in Singapore, where she was ministering to people on the streets with scriptures from the Bible.

Now, Sofia works in the kitchen during the day, preparing food for residents of a smaller care center. That is its own form of ministry. Sofia said her heart goes out to the 26 residents who live there. Sometimes people working with seniors serve out of obligation for their job in order to earn a paycheck.

“I work with my heart, because, for me, I felt they are my parents,” Sofia said, as she swallowed back tears.

Sofia’s mother is 78 and still lives in the Philippines. However, Sofia hasn’t been back home since she moved to the United States almost seven years ago.

“We love that Sofia wanted to make the blankets special for our sweet seniors,” said Heart2Heart Community Relations Director Riana Samaroo. “We’re amazed by the thoughtful acts of kindness that our volunteers like Sofia come up with on their own.”

Heart2Heart offers several home-based projects as outreach opportunities to seniors, including the cozy blankets, creating cards or writing notes to seniors. Anyone in the community can participate at home and drop off their creations to Heart2Heart’s main office in Fort Lauderdale. The acts of kindness then get delivered by other volunteers to care centers or to seniors living in the community on their own. 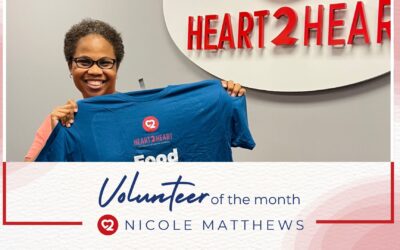 Every Saturday morning, Nicole Matthews spends time with two seniors before visiting her own mom at a nursing home. We... 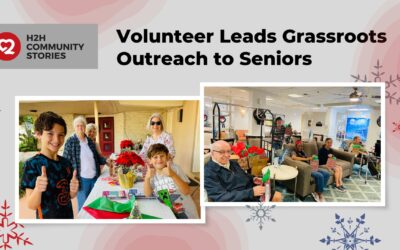